How Can We Make Sexual Health Spaces Safer for Black Men?
1289
post-template-default,single,single-post,postid-1289,single-format-standard,bridge-core-2.5.1,ajax_fade,page_not_loaded,,qode-title-hidden,hide_top_bar_on_mobile_header,qode-theme-ver-23.6,qode-theme-bridge,wpb-js-composer js-comp-ver-6.4.1,vc_responsive,elementor-default,elementor-kit-28 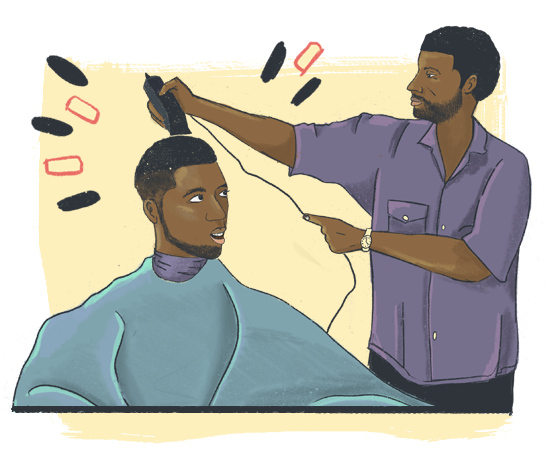 20 Aug How Can We Make Sexual Health Spaces Safer for Black Men?

Posted at 14:56h in Uncategorized by ChrisShape 0 Comments
0 Likes
Share

In 2021, research by FROMMARS showed that Lambeth has the highest rate of STI diagnoses in England, followed by Southwark at number 3 and Lewisham at number 12. With the added context of Black African and Caribbean residents making up 28% of the population across these boroughs and historically being over-represented in sexual health data, it is critical for us as a sexual health community to take action now in improving sexual health services for Black people.  In a survey we conducted last year, one of the main findings was that feelings of shame and stigma were prevalent in Black men and impacted their engagement with sexual health services. In light of this, we hosted a webinar with the founder of Prepster, LoveTank and Peasy Marc Thompson, doctoral researcher and sexual health practitioner Zoch Nwaosu, Public Health England consultant Hamish Mohammed and Vice-Chair of the London LGBT Forum Network Nathan Lewis. The purpose of the webinar was to explore the issues, interventions, and opportunities surrounding Black men in sexual health spaces.

The link between structural inequality and Black men’s sexual health

During the webinar, Zoch Nwaosu presented aspects of his research into Black men’s sexual health. A part of this highlighted the impact of structural inequalities and how these play a role in Black men engaging with sexual health. Zoch’s research highlighted that historically Black men are targeted by authorities resulting in mistrusting authority figures, including healthcare, and by extension, sexual health services. Nathan Lewis reinforced this by highlighting that Black men have disclosed that they’ve experienced racist and patronising behaviour from sexual health practitioners.

“Where is the money? Where are the resources?” – Nathan Lewis

Racial inequality was also linked to the concerning lack of funding and resources available to Black men in the sexual health space, with Nathan, Zoch and Hamish highlighting a direct link between lack of funding for culturally competent initiatives and engagement between Black men and sexual health services, and health services generally. Nathan also pointed out the importance of mental health and risky sexual behaviour. Nathan noted that when some Black men can discuss mental health openly, they’re more open to discussing other structural inequalities they face in the world of sexual health, housing, employment, and income.

“We need a robust evidence base that can no longer be ignored. As a community of black people, we need to talk about sexual health within our communities as one of the key inequalities.” – Marc Thompson.

Where are Black men in the data and research?

There are evidence gaps for Black men and sexual health within Sexual and Reproductive Health (SRH)  research, with whatever research is available being centred around Black men in the USA. Also, research in the UK is too broad and doesn’t include local interventions, programmes or any culturally specific data. We need these interventions to be documented to recognise tactics that lead to successful engagement of Black men with sexual health services.

Hamish Mohammed and Nathan Lewis reinforced the need for Black men to design sexual health services, noting that this could also improve engagement with sexual health services. Zoch echoed a similar sentiment, stating that “there is a need for more targeted education and outreach, in particular, testing services in venues that are largely populated by Black men.”

Perceptions of Black Men in London and using contraception

During the webinar, we had the privilege of hearing Zoch’s research, one of the first of its kind which looked at whether psychosocial interventions are effective at increasing condom use.  that Black men are often victims of being hyper-sexualised and viewed as promiscuous from a young age. Such stereotypes can potentially impact Black men’s understanding of sexual health and healthy relationships. For some Black men, this has led to partaking in sexual acts that they find uncomfortable to try and live up to stereotypes, especially as they Black men are “targeted by white women who perceive them as hyper-sexual or as if they’re supposed to be good at sex”.

There is also a generational divide when it comes to sex education, according to Zoch. He discussed the idea that many Black men cannot discuss sex with their parents, rather learning about it through friends and family. Zoch noted that some found sex education in school as too “biological”, noting that there was a focus on preventing STIs rather than promoting healthy relationships and safe sexual practices. As a result, some men used pornography to learn about sex, which often does not accurately depict real-life sexual experiences. The panel also stated that London as a city has normalised risky sexual behaviours, and that Black men’s motivation to use contraception depends on their relationship with their sexual partners, avoiding STIs and pregnancy.

“There are opportunities to reiterate messages that there isn’t a one size fits all condom, they come in different sizes, shapes, fits, colours, flavours.” – Hamish Mohammed.

There is also a need for interventions surrounding condom use amongst Black men; Hamish reflected that alongside the interpersonal aspect of condom use, there is also avoidance due to a perceived loss of sensation and intimacy and that we need to expose Black men to different types of condoms to improve sexual health outcomes.

So how can we prioritise Black men’s sexual health in London?

“Communications can play a significant role in normalising and destigmatising sexual health. We need to find out what platforms Black men use and use the information to target them” – Zoch Nwaosu.

There needs to be a shift from viewing STIs as something that can be easily treated to something that should be prevented and signposting what good sexual health practices look like within the community.

Sexual health services need to become more culturally competent to combat the legacies of structural racism. By documenting current initiatives and interventions, we can ensure that Black men from the UK are represented and considered within the research.

Ultimately, Black men need services designed by Black men. The panellists agreed that sexual health services need to include interventions that centre Black men – from outreach to treatment to aftercare.

Sorry, the comment form is closed at this time.

This website uses cookies to improve your experience while you navigate through the website. Out of these, the cookies that are categorized as necessary are stored on your browser as they are essential for the working of basic functionalities of the website. We also use third-party cookies that help us analyze and understand how you use this website. These cookies will be stored in your browser only with your consent. You also have the option to opt-out of these cookies. But opting out of some of these cookies may affect your browsing experience.
Necessary Always Enabled

Any cookies that may not be particularly necessary for the website to function and is used specifically to collect user personal data via analytics, ads, other embedded contents are termed as non-necessary cookies. It is mandatory to procure user consent prior to running these cookies on your website.